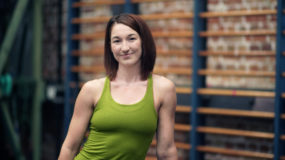 Jamee Campbell came to circus after beginning in dance and studying Dance Performance at the Queensland University of Technology. Looking for something different Jamee tried circus and from the first moment she was hooked.

After training at the National Institute of Circus Arts specialising in aerial and contortion she spent many years performing around Australia and the world. Jamee is currently completing her Masters of Teaching and in 2018 was selected as the Australian education delegate for the University Scholars Leadership Symposium at the United Nations.

Right beside her passion for performing is her passion for teaching which she brings into her role as Training Centre Director. Through social circus outreach projects and training emerging artists, youth and recreational participants Jamee has witnessed first-hand the joy and transformation circus can bring. 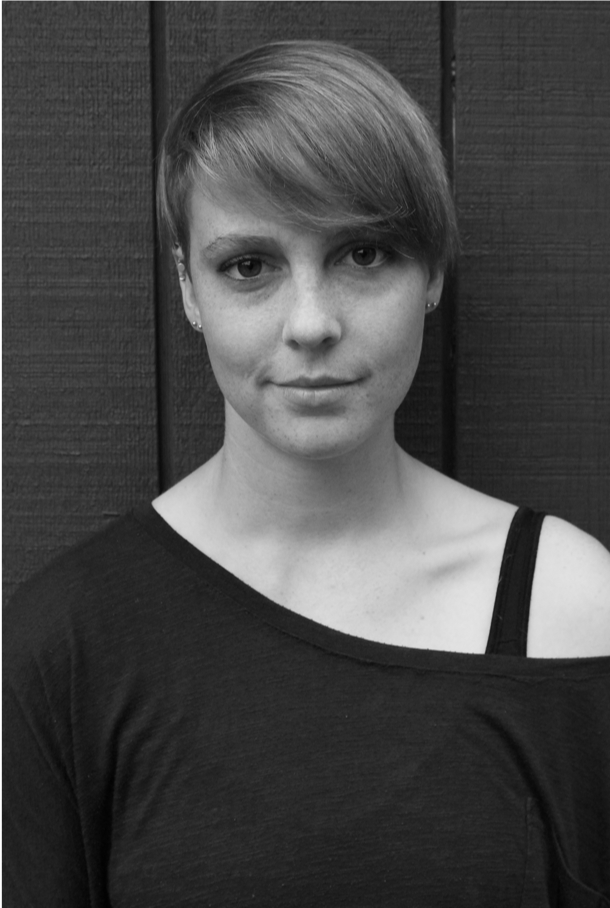 Kelsey is a performer, producer and trainer based in Brisbane. Growing up in gymnastics provided the ideal technical foundation for her circus performance, which she’s been bringing to cabarets and festivals for the past five years. She has co-created and performed circus shows on the Anywhere Festival program three years running; Hold My Beer, a circus-musical show performed in local bars, debuted in 2019 and brought home an Anywhere Award. Kelsey has also been coaching for over a decade, first in gymnastics and later in circus, having coached for Circa, Flipside, Vulcana, WDYC and the summer flying trapeze program at Camp Lindenmere (US). She also produces shows and monthly events as one-half of production company HalfHitch. In her spare time, she reads poetry, drinks chai and wonders if she’ll get around to using her psychology degree. 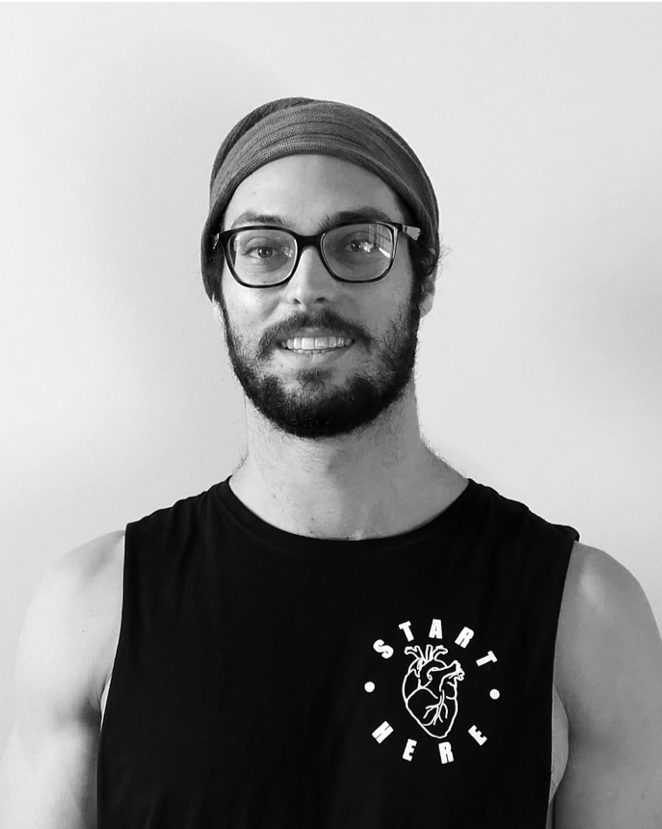 Chris is a dancer and circus performer based in Brisbane. His interest in moving has always been there, starting in gymnastics a young 9 year old boy and progressively moved towards an elite stream in his teenage years.

Chris continued training and competing until he finished his university studies in exercise physiology at 23. He then began training in circus and hand to hand acrobatics. At 25 Chris took his first dance class and fell in love with it and this whole new way of movement and expression.

Chris is a big believer in a multidimensional approach to training. With this in mind, his own training and coaching approach integrates everything he has ever learnt and found to be useful in the development of the body and the mind. 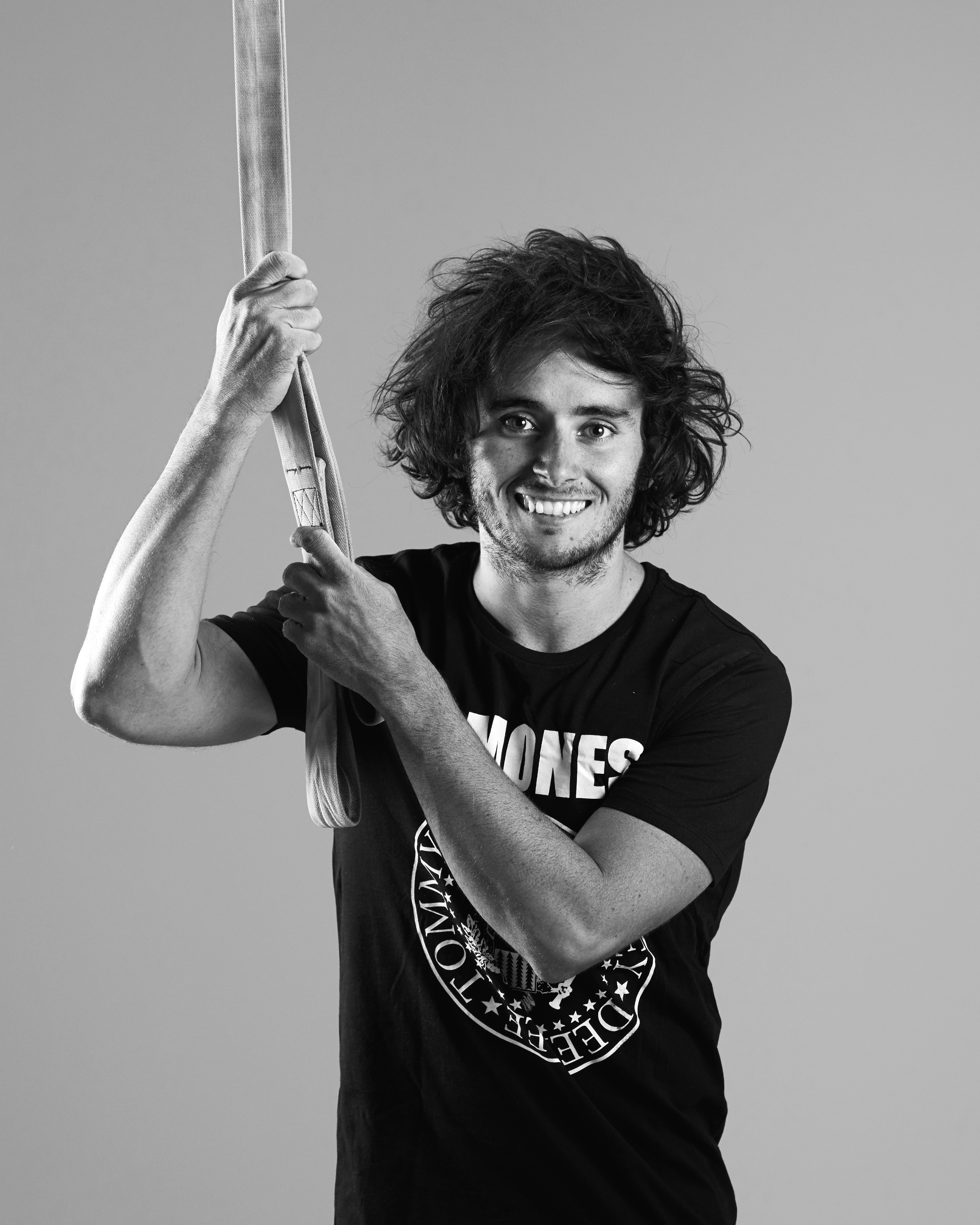 Daniel was raised in Queensland with an upbringing in dance and combat martial arts. He graduated on scholarship from the National Institute of Circus Arts with the specialist discipline of Aerial Straps. Since graduating, his répertoire has grown to include Chinese Pole, Teeterboard, High Diving, Hoop Diving and very awkward Comedy Magic.

Daniel has created and directed his own work internationally and performed alongside incredible talent in the Commonwealth Games, The Brisbane Heat ‘Hype Crew’, Madonna, 30 Seconds to Mars, DreamWorks, Pacha (Dubai), Company 2, Strut n Fret, CIRCA, Dragone and most recently with Cirque du Soleil as Principal Character and Straps Soloist in their award-winning show, “Toruk”.

Crispin has proudly been a part of Helpmann award winning creations, nominated for the Griffith University Outstanding Alumni Award, twice nominated for Australian of The Year, guest coached in multiple Cirque du Soleil shows and lectured at performing arts schools. Additionally, throughout his career, Daniel has continued studying and achieved a Master of Sports Coaching Degree, Graduate Diploma of Teaching and Learning and is currently studying at the University of Queensland. 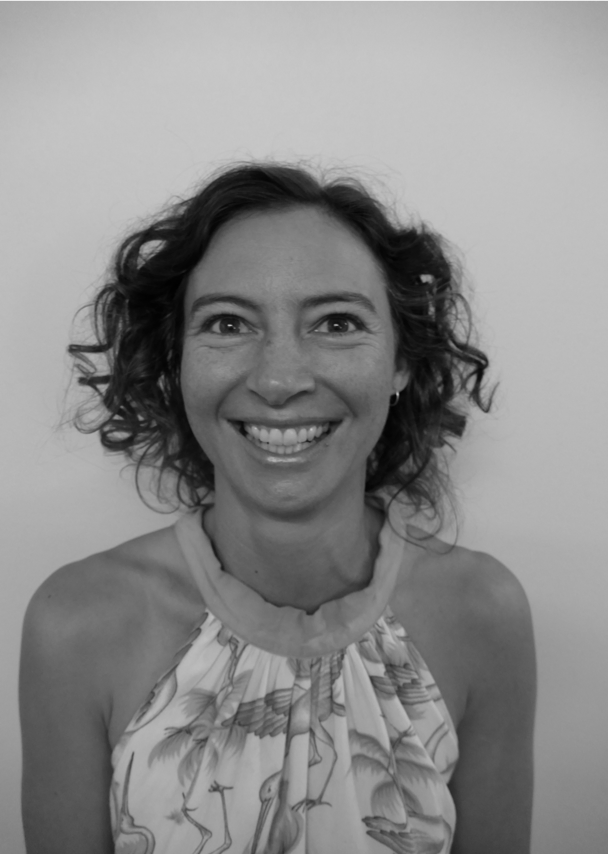 Rachel has been working as a circus trainer and freelance performer singe 2003, specializing in acrobalance, hula hooping, and aerials such as cloud swing, tear drop, aerial ring, double trapeze and flying trapeze.

As a Circa trainer, Rachael enjoys sharing her knowledge with others, and helping them to develop skills, self-esteem, and relationships within the community.

Having worked as a performer for years, and also trainer as a yoga teacher more recently, Rachael combines this experience with her love of circus to create an open-hearted, creative and joyful learning environment. 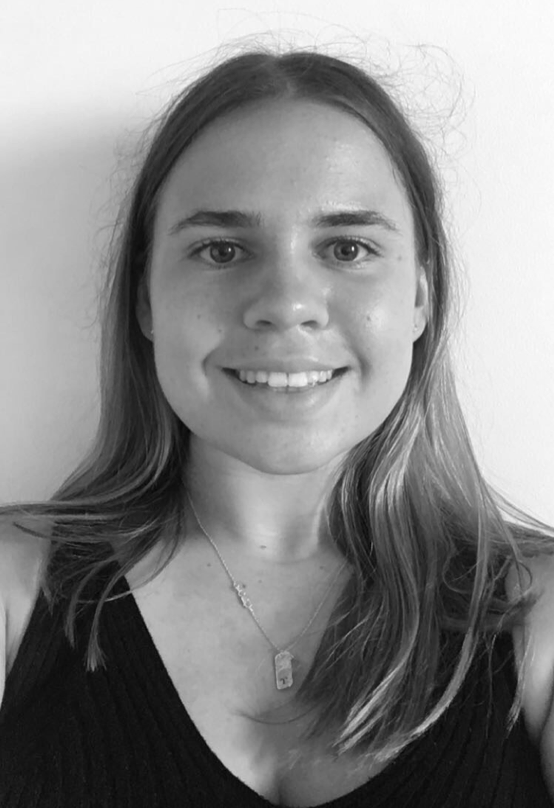 Izzy has fell in love with performing at a young age, through her dance classes. At 11 she began to take acrobatics classes at her old dance studio, where she developed a strong passion for being upside down. After 3 years of acro classes she decided to enrol in Flipside Circus’ advanced tumbling class, falling in love with everything circus.

From then on, Izzy knew that she wanted to become a circus trainer and performer. After 3 years at flipside she decided to take her passion further and auditioned for Circa’s youth performance ensemble, Circa Zoo where she currently trains and performs.

Izzy specializes in tumbling, trapeze and acro. She is also currently studying a Bachelor of Exercise Science, inspired by her love for circus and her general curiosity of how our bodies are capable of doing such amazing things. 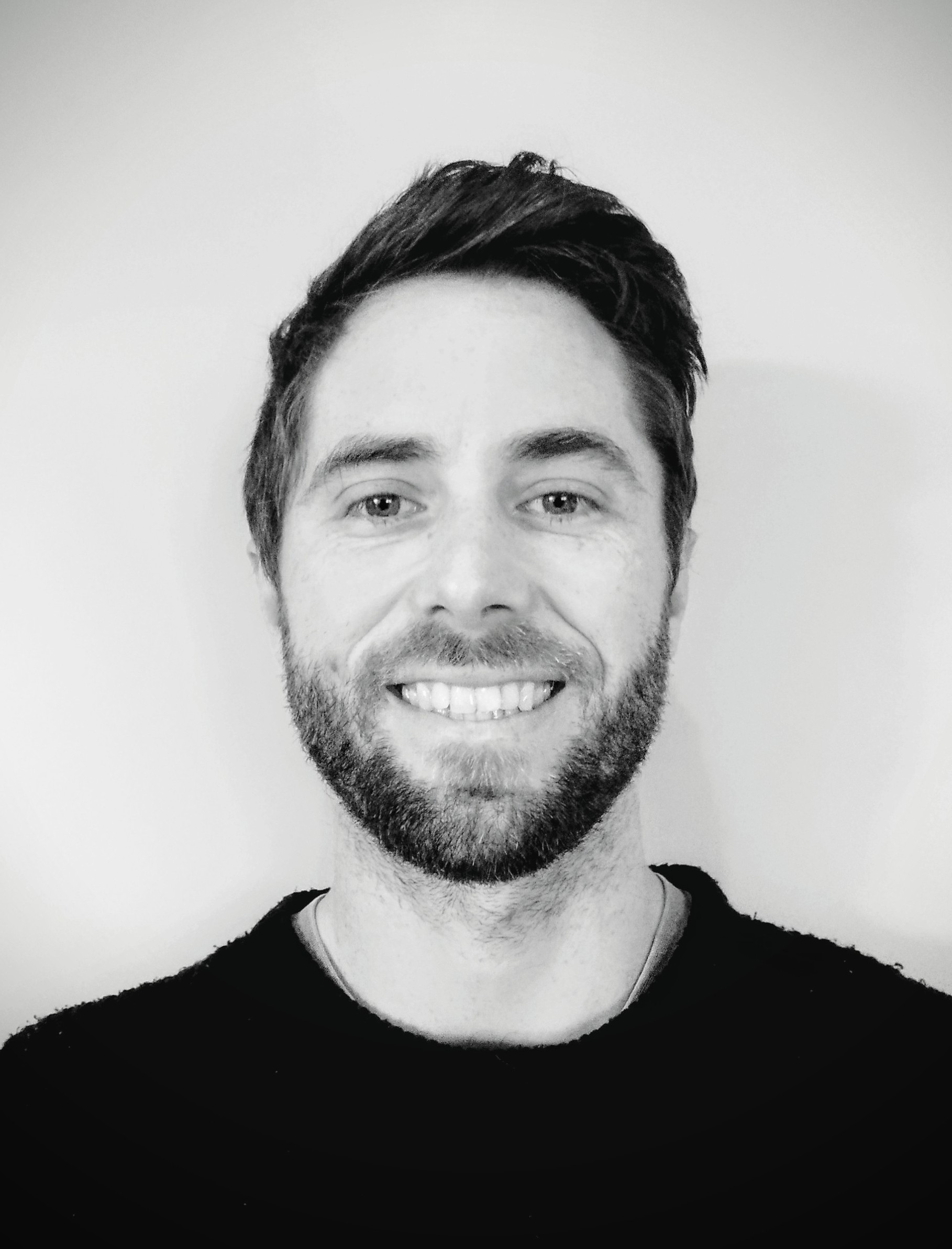 Michael began training with Circa in 2009 and soon fell in love with aerials. He now specialises in tissue, trapeze and corde. As a freelance performer and collaborator, Michael has been performing on and off in Australia since his first independently run show in 2011.

Michael has been inspired by so many talented circus artists and trainers over the years and loves teaching circus himself. He really enjoys helping others develop their skills and gain confidence in this fun and supportive circus community. 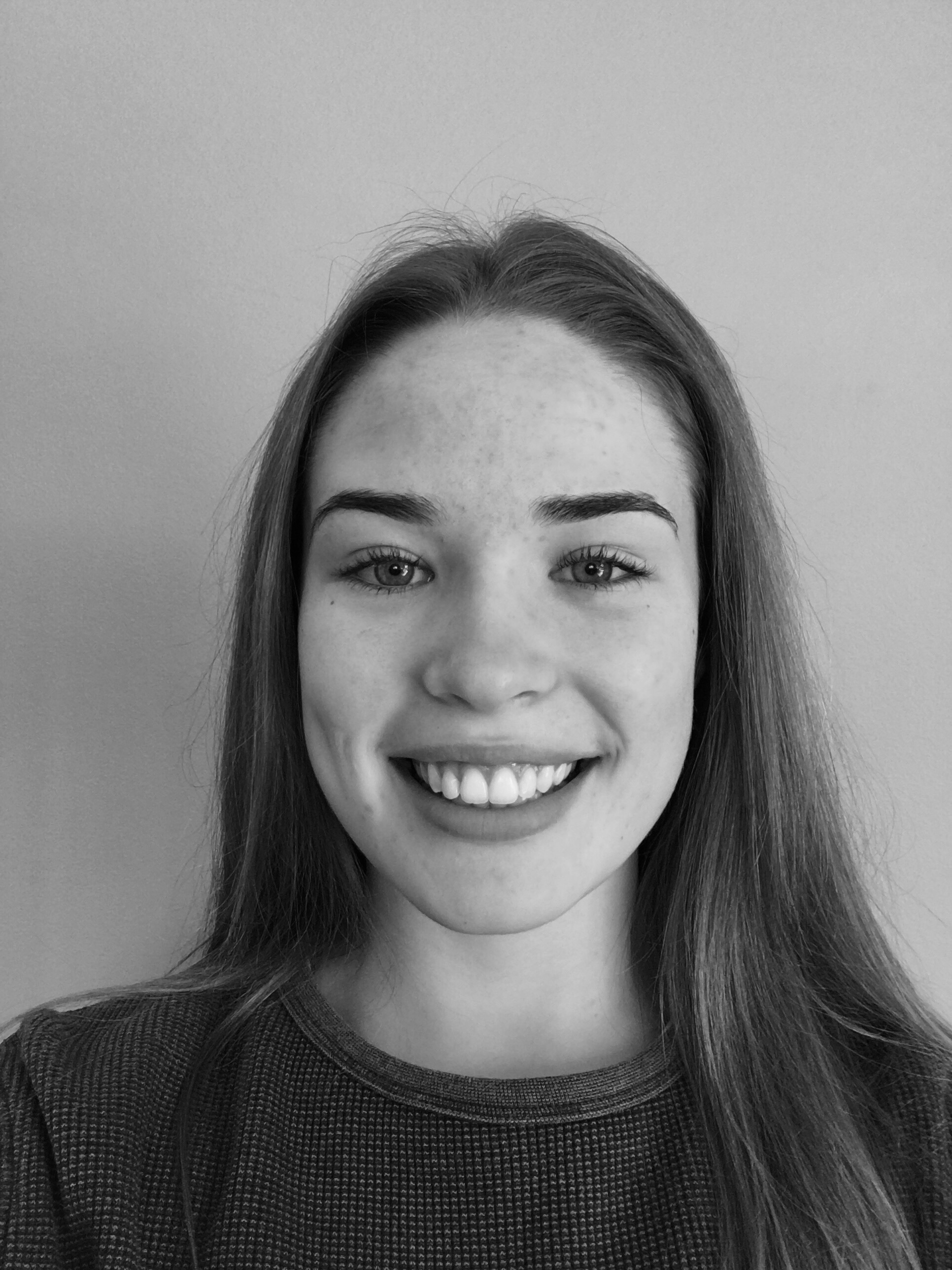 Mabel was introduced to Circus in 2012 and has since developed an interest in tumbling, acro and Chinese pole. Mabel was a part of the Circa Zoo Troupe where she was able to perform for audiences around Queensland.

Circa Zoo also gave Mabel the opportunity to compose and play live music for the shows: Fred Bobby and Me, A Little Wonder, Tempus, and Bloom. Mabel is currently studying a Bachelor of Music at the Conservatorium and continuing to teach kids classes and regional workshops. 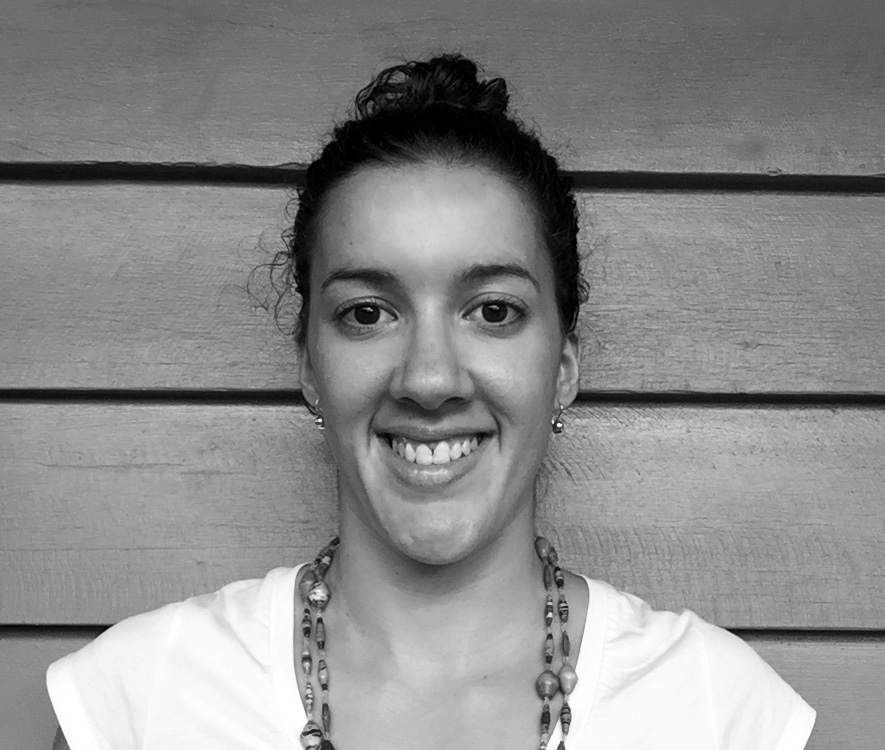 Maite has been involved with circus for over seven years initially starting as a C!RCA student after finishing up her competitive career in gymnastics. She is a qualified Primary school teacher and also has 10 years of experience teaching gymnastics.

Alex Mizzen’s background has left a wonderful imprint on the artist we find today. As a trained gymnast and a graduate from the National Theatre Ballet, Alex worked as a contemporary dancer, honing both her physical and performance skills before turning her eye to circus. Now as an established circus artist with specialities in both hand balance and aerial chair, Alex has worked with some of the leading Australian & international companies; Les 7Doigts de la Main, Company 2, Cantina, CIRCA, Legs on the Wall, La Soirée, Tanssiteatteri Hurjaruuth & Le Grande Cirque.

Alex’s work is heavily influenced by this rich movement background and so ensues a particular style which has been recognized across a range of platforms since 2010. This was acknowledged in 2015 when Alex was awarded an Arts Queensland grant to further research her unique intersection of dance and circus. In conjunction with 15 years teaching experience in dance yoga, and circus, Alex is currently working with Circa Zoo, facilitating emerging artists in this very same process of uncovering their own creative voice. 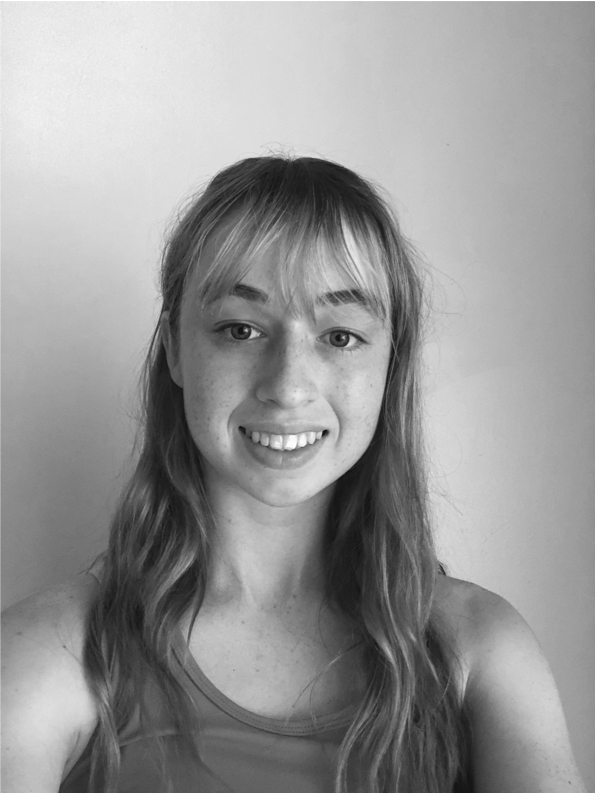 Eve discovered circus in 2015 when she joined Circa Zoo Ensemble. This gave her the opportunity to perform for audiences around Queensland in a number of shows including A Little Wonder, Tempus, Bloom, Fred Bobby & me, Circus of the Senses, and Antithesis.

Eve has developed a particular interest in the areas of tissu, acro, straps and handstands. In addition to her C!RCA training, a highlight for Eve was travelling to Albury in 2019 to attend the National Training Project at the Flying Fruit Fly Circus.

Eve is currently studying a Bachelor of Speech Pathology at the University of Queensland.