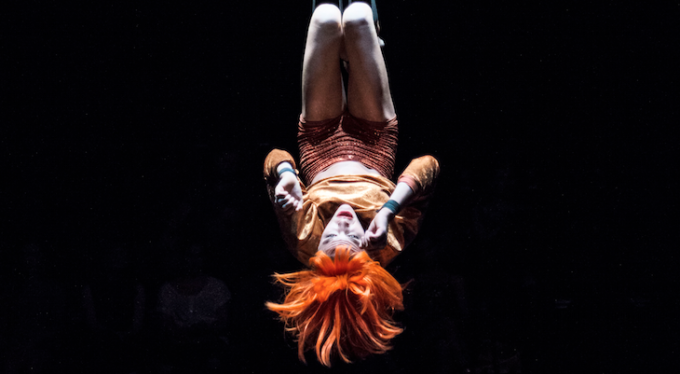 “The flesh is at the heart of the world.”
– Maurice Merleau-Ponty

We are pleased to unveil our latest production – Peepshow, a new circus cabaret created by Yaron Lifschitz and the Circa Ensemble. Peepshow offers a glimpse into the world beyond the ordinary, and will premiere in 2018.

Opening in March next year at NORPA Lismore, Peepshow will tour to Victoria and the Northern Territory, and then on to the U.K and Europe for extended seasons.

Explosive and lyrical, Peepshow will delight your eyes with dynamic group acrobatics, astonishing solo acts and tantalising duets that describe a world that’s at once sensual and playful.

If you loved Circa’s cult circus cabaret classics – Wunderkammer and Beyond, prepare for a jaw-dropping night at the theatre in 2018 with Peepshow.

Performed by the Circa Ensemble

More dates to be announced. Keep up to date with our complete tour schedule here, or follow our journey on social media and contribute your own stories by using the hashtag #circacircus.