We welcome Rudi as our new Head of Circus

Earlier this month Rudi ‘the strong man’ Mineur waved farewell to the Circa stage after a spectacular 2 decades of performing. We’re thrilled to announce that Rudi is continuing at Circa and has taken up the newly created position of Head of Circus.

This exciting new role will see him teaching classes in our Brisbane Training Centre, providing masterclasses for trainers, developing acts for shows, managing individual programs and providing support on tours. It’s an absolute privilege to have Rudi sticking around with us and we’re sure you’ll run into him in one way or another.

Rudi Mineur was born in 1967 in Launceston, Tasmania to Dutch parents. In 1970, his family moved to the big smoke, Melbourne and after finishing school worked as a Leather worker, house demolisher and truck driver before discovering Circus Oz’s acrobatic workshops in 1990 – he was hooked! In 1992, he moved to Brisbane to join Rock n Roll Circus (now known as Circa) as a core company performing member. Highlights there included traveling to China for a 3-month training project with the Shanghai Circus School and touring the company’s critically acclaimed shows ‘BodySlam’ and ‘The Dark’ back home in Australia.

In 1999, Rudi teamed up with acrobatic partner, Mark Sands to form the highly successful comedy hand-balancing act PopEyed. In 2002 this act won them the title of Street Performing World Cup Champions in Shizuoka, Japan, the first of many awards to follow. In 2011 Rudi joined Circa once again to perform an 8-month season of Wunderkammer at the Chameleon Theatre in Berlin. Since then he has toured all across the world spreading circus delight to all.

1. What has been your favourite show you have performed over the years?
Rudi: “I’ve enjoyed most shows but performing duo pole with Todd Kilby in the show Wunderkammer was the most special act and I’ll never forget it.”

2. Can you share one of your favourite memories from a tour?
Rudi: “We performed ‘Beyond’ at Villa Adriana (a Roman ruin just outside of Rome), being on site late at night and looking up at the moon in a place like that is amazing.”

3. What was your favourite place you toured to?
Rudi: “Berlin”

We love Rudi and are so happy that there as so many of you out there who feel the same… Have a look at this huge response when we farewelled him on Facebook…  Want more? Check out our Facebook album that shows some more highlights from Rudi’s spectacular circus career. 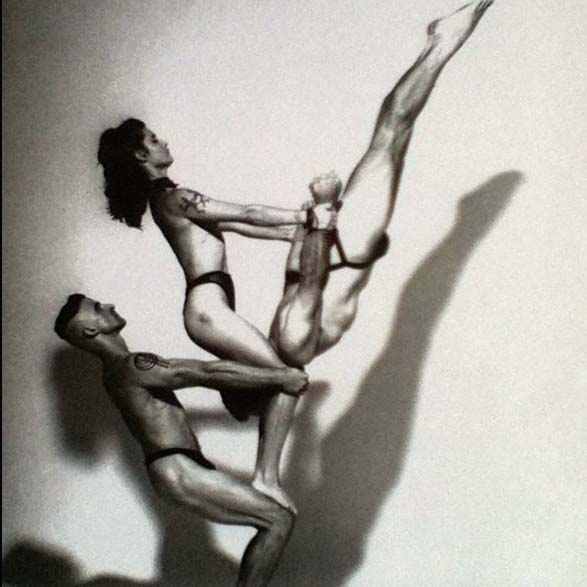