AS IF BY DESIGN, THERE WAS LIGHT 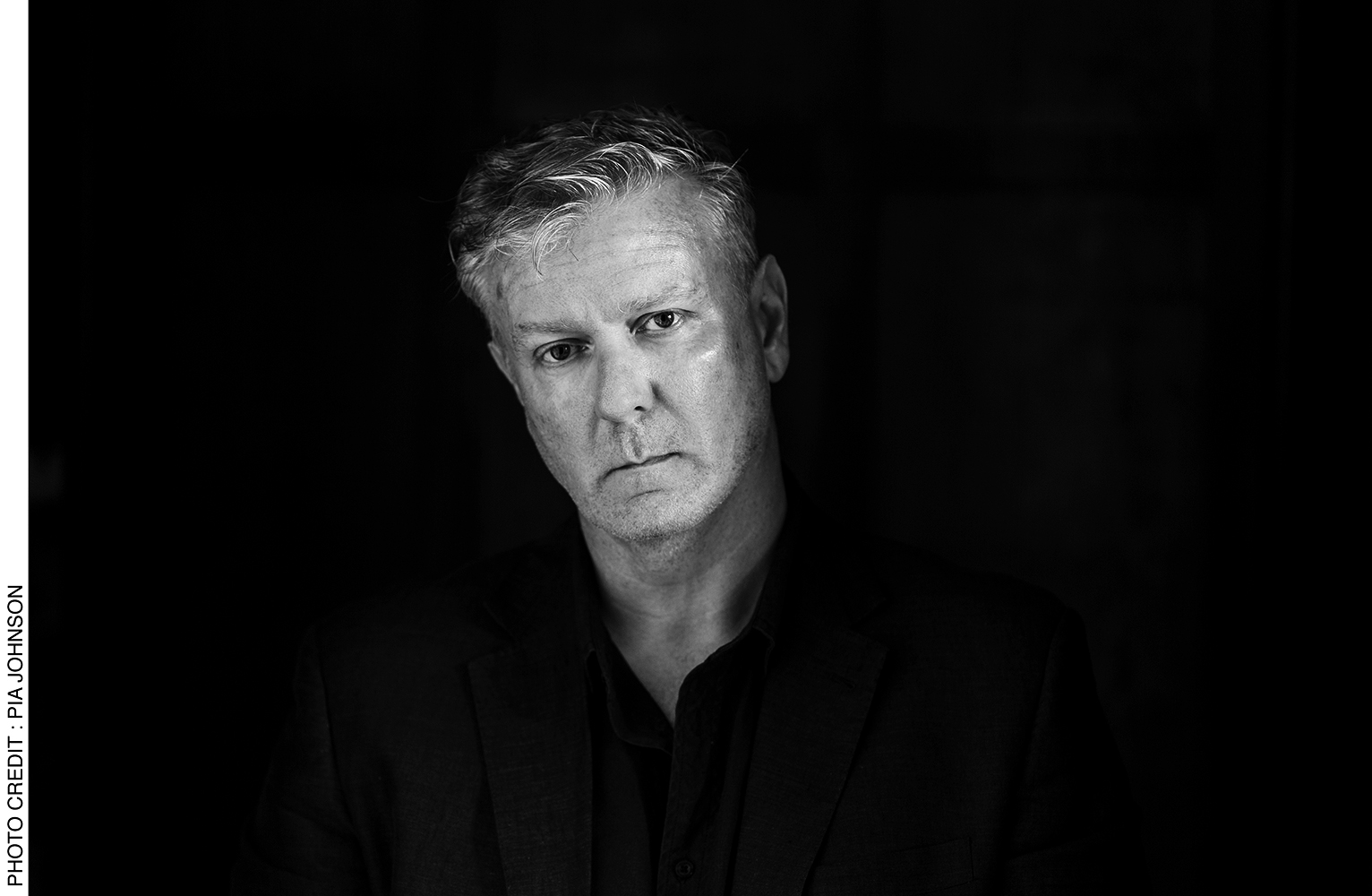 As part of our exploration behind the scenes at Circa, we turned the spotlight on esteemed lighting designer, Paul Jackson, at the end of a busy day’s rehearsals. A graduate of the University of Melbourne and RMIT, Paul has designed lighting for The Australian Ballet, Royal New Zealand Ballet, Berlin Staatsballett, West Australian Ballet, Victorian Opera, West Australian Opera, Sydney Theatre Company, Melbourne Theatre Company… consider this a heavily abridged list.

He is currently working with Circa to design the lighting for Humans 2.0, which premieres at Carriageworks in January, as part of Sydney Festival.

Paul, what brings you to Brisbane and the Circa studios?

I work in theatre, dance, opera, ballet, predominantly in Melbourne and Sydney, although I travel quite a lot. Yaron [Lifschitz, Circa Artistic Director] and I have been circling each other for some time, and then Yaron contacted me about lighting Humans 2.0, and here I am.

What can we expect from Humans 2.0?

Yaron is very clear about the work and my job is largely to facilitate what’s in his head and also to read the work and place it in the space. For me, Humans 2.0 is possibly more existential and more – and I use the word hesitantly – serious than Humans. Not that Humans wasn’t serious, but there is something about the world we live in now, where everything is a little less certain.

How does Circa’s work differ from other performers you’ve worked with?

Circa is a very particular company. Certainly, it draws on some of the political aspects of Australian circus, but I think of Circa’s work as far more philosophical, more austere, slightly pulled-back. There’s still room for fun, but Circa is less concerned with delivering tricks. There is a thinking and a dramaturgy which makes it more reflective and creating a space where these aspects meet is a quite unique challenge.

Compared to theatre production Circa has a greater sense of troupe, of ongoing ensemble. My impression is that Yaron is focussed on clarity and being as articulate about an idea as possible. I respect that and find it a fascinating viewpoint.

Does your approach differ much for Humans 2.0?

Often, in a theatre production you steer the eye around the stage and adopt a more directorial gaze. This feels much more architectural: here is one experience of space, here is another experience of space, defined by the sequence of work. You’re building environments of light for the performance to inhabit.

Yaron and I discussed where the work was leading, philosophically and emotionally and that’s what I started responding to. Now that the actual work is being developed, we can further explore the emotional registers of humans and begin to interrogate our defined performance space.

Reflecting on your career, there are so many highlights. There must also be a few ‘show must go on!’ moments?

[Laughs] There was one very important opening night that springs to mind, when a new theatre company was launching itself in Melbourne and we’d prepared quite an ambitious double bill of work. The first night went beautifully… the second one, one of the moving lights wigged out and just started to randomly flash. They couldn’t get it to power down and so it proceeded to flash at random for the entire show. The reality is that in some shows the audience might not even notice a minor fault, but there was really no styling this one out.

Many opening nights can be quite terrifying in their own way. After that incident, I remember going to a show with a friend of mine and a light start misbehaving for a short time, but long enough for me to nearly break my friend’s hand, which I’d grabbed in alarm.

I often tell people that I’m the last of a generation that could ‘wander in’, so I didn’t train formally; my degree is in English Literature. I came into theatre via acting and then wanting to be a director. I decided I should first learn about lighting and got hooked.

There are two paths now, really, depending on the industry you’re interested in. Those that go into live music shows, events and even major musicals often go through lighting hire companies like PRG. Generally, you’d do a Certificate 4 and start working as crew for them, working your way up as either crew chief or head rigger and so on.

The other path – and these aren’t mutually exclusive by any means – is to go through a college course, somewhere like the College of the Arts or NIDA to study production or design, and from there you start building relationships and start making shows. But in Australia there’s a lot of flexibility, compared to the US where the process is set: become an associate lighting designer and then a lighting designer.

Any tips, or piece of advice, for those climbing the rungs to lighting designer?

The biggest mistake is to forget that this is the most collaborative artform, so you have to listen. Performance arts are concerned with what matters, what’s meaningful and what’s beautiful and so you need to commit to conversation in order to explore these ideas. A lot of people think that lighting and sound are fundamentally about being technically competent. Yes, that is a requirement, but ultimately you have to be a collaborator.