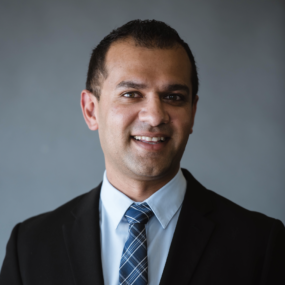 Circa announces today the appointment of Shaun Comerford as incoming Executive Director. He succeeds the position from General Manager Charlie Cush, who departed the organisation to become CEO of Brisbane Festival in May 2018.

Comerford is currently Executive Director of iconic contemporary dance company, Australian Dance Theatre, occupying the role since 2015 and having overseen a period of significant productive and artistic expansion for the company.

Circa’s CEO and Artistic Director Yaron Lifschitz said the company was delighted to welcome Comerford, praising him as a candidate with exceptional experience in commercial and artistic endeavors.

“Shaun has demonstrated an exemplary level of leadership in every organisation he has worked with, across a multitude of business areas, and with an impressive track record of navigating challenges with terrific outcomes”

Circa Chair of the Board Michael Lynch shared Lifschitz’s enthusiasm.

“Shaun’s experience in the not-for-profit and commercial arts sector is an extremely valuable addition to Circa,” Lynch said.

“He holds an impressive skillset, has experience on corporate and philanthropic programs, and boasts over a decade of valuable experience with past engagements with Temby Australia, Fastlife Media, and his most recent work with Australian Dance Theatre.”

Comerford has operated as an Executive Manager for more than a decade, with extensive experience working in all business areas in the Arts, Events, and Music industries. Prior to Australian Dance Theatre, Shaun was General Manager, Production for Michael Cassel Group in 2015, and was General Manager of Newtheatricals, overseeing the production and touring of projects including Jersey Boys, The Addams Family, Rock of Ages, and Blue Man Group. In 2017, Shaun was elected Vice President of Ausdance National, the peak body for dance in Australia.

Comerford, who will relocate to Brisbane for the new position, said he was looking forward to joining the Circa team.

“Circa is a dynamic, world-leading organisation that has repeatedly redefined what is possible in contemporary arts, and is one of Australia’s finest cultural exports.” Comerford said.

“With three troupes on tour at any one time, a legion of fans across the globe and a history of artistic excellence and ground-breaking performance, I am absolutely thrilled to be joining Yaron and the Circa family.”

Comerford will officially commence the role on 16 October 2018.

About Circa
Circa Contemporary Circus is one of the world’s leading performance companies. Since 2004, from its base in Brisbane, Australia, Circa has toured the world – performing in 39 countries to over a million people. Circa’s works have been greeted with standing ovations, rave reviews and sold-out houses across six continents.