Wherever Circa has taken its breathtaking, heart stopping show, audiences have flocked to see the impossible happen. Watch as intrepid acrobats battle the clock. Marvel at the astounding ways they bend, fly, juggle, hoop and balance and be dazzled by their skills. Circa is Australia’s most innovative circus and 61 Circus Acts in 60 Minutes is its all time favourite family show. Fast, furious fun for everyone. Set to upbeat music and featuring four multi-skilled performers, this is circus without the boring bits.

61 Circus Acts in 60 Minutes has been performed in over 26 regional performing arts centres across Australia, at the Noosa Long Weekend, Gladstone Sunfest and Brisbane Festival Spiegeltent and internationally at the Brighton Dome, Oxford Playhouse, PuSh Festival in Vancouver, the Seattle International Children’s Festival and at Victoria’s Intrepid Theatre, Canada.

Be quick, as the only thing faster than this show is its ticket sales. 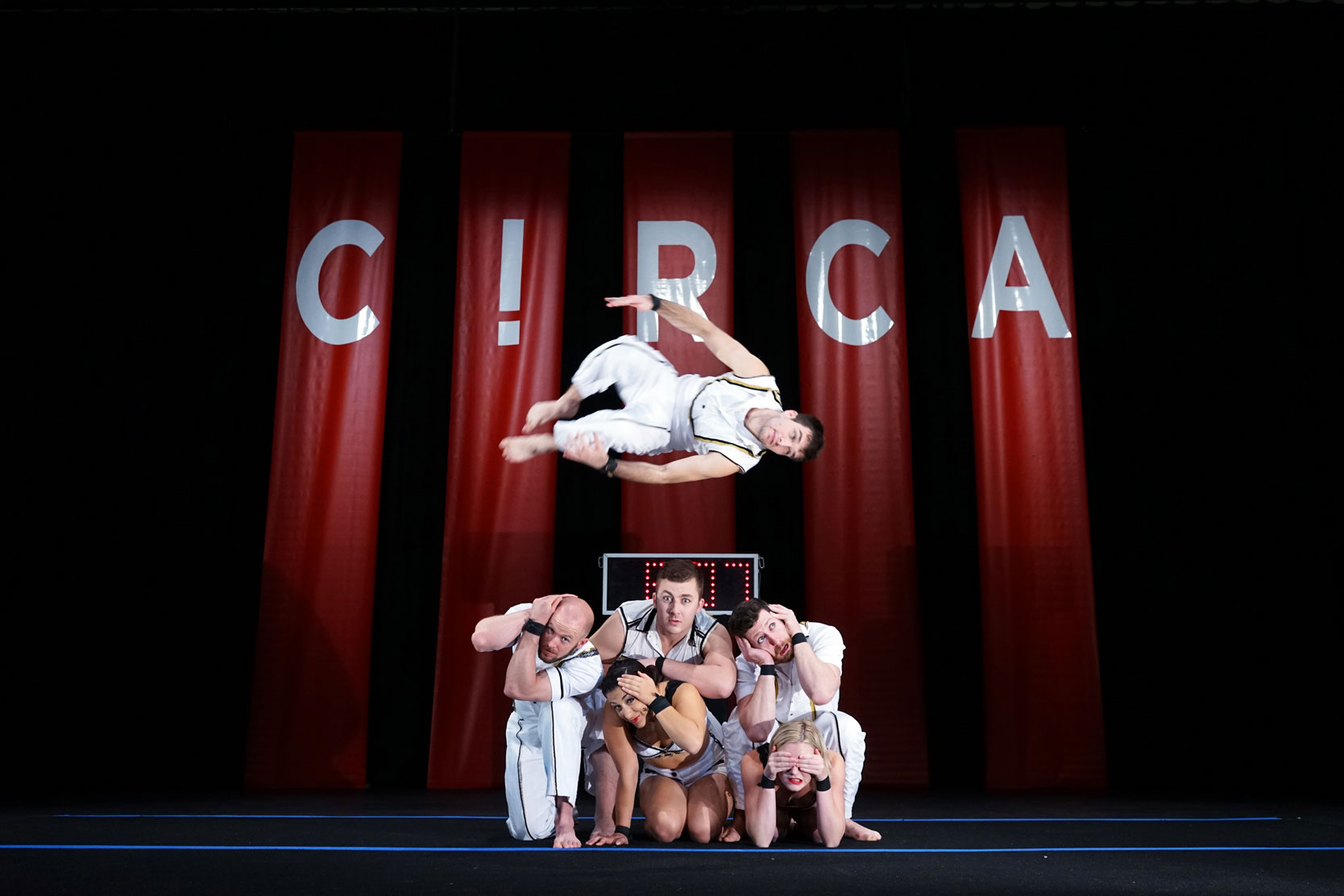 Created by Yaron Lifschitz with the Circa Ensemble