★★★★ “…Shaun the Sheep Circus Show is so entertaining, and so packed with physical marvels, that no child who sees it will ever forget it.”

Two worlds gleefully collide when the internationally-acclaimed Australian circus ensemble Circa and Academy Award®-winning studio Aardman, bring Shaun the Sheep to the stage.

Shaun the Sheep’s Circus Show combines the extreme physicality and awe-inspiring feats of Circa and the playful charm of the multi-award-winning TV series Shaun the Sheep.

The entire family will be treated to a visual spectacle, packed full of Aardman’s signature wit and outright hilarity, as the Circa ensemble continues to blur the lines between movement, dance, theatre and circus. Shaun and the flock will entertain the audience through incredible feats of daredevil acrobatics and vibrant circus skills. 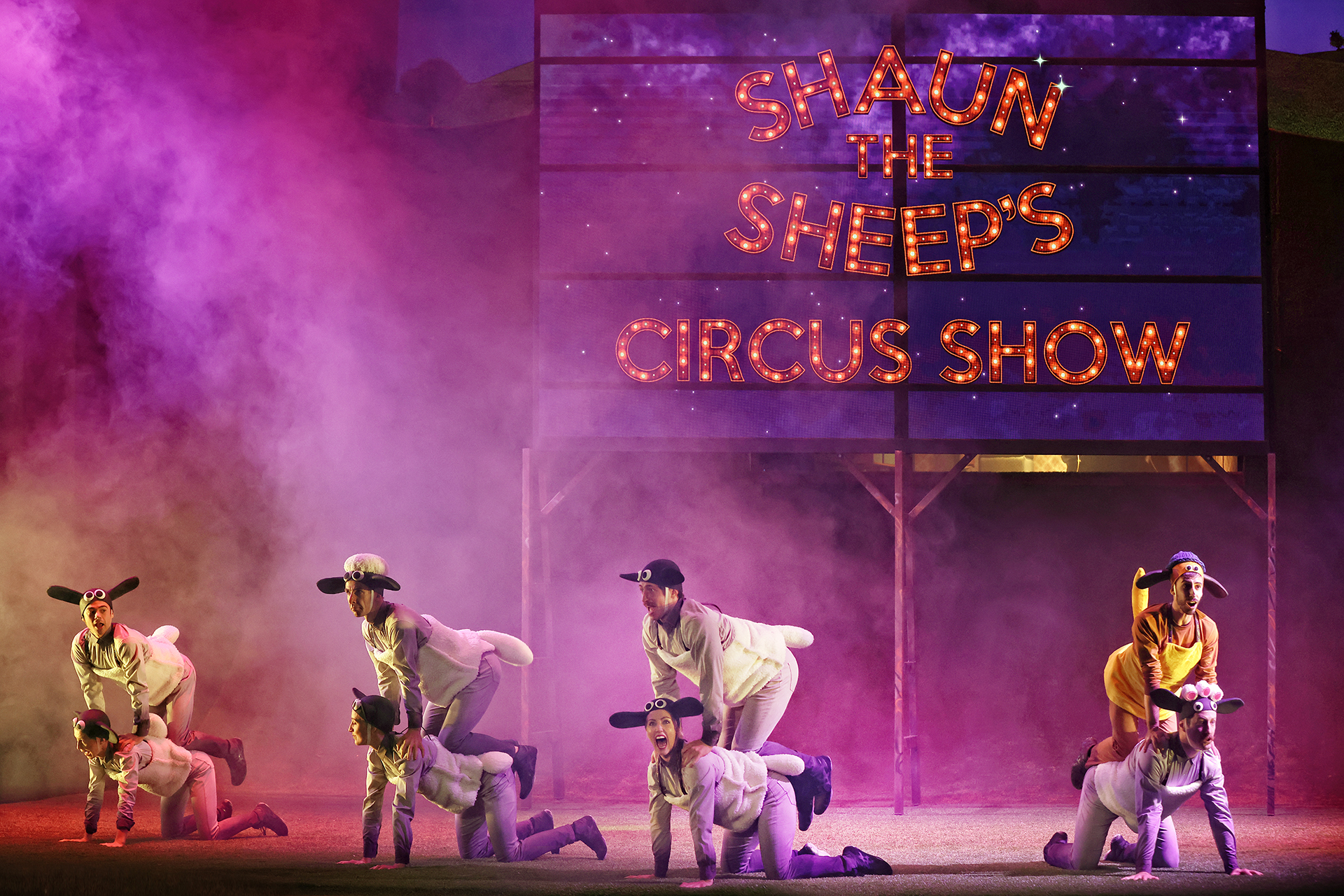 “…plenty of physical comedy, a slick blend of cute animation and live performance, and of course the stylish acrobatics for which Circa is rightly in demand worldwide.” – Sydney Morning Herald, AUS | View

“…an imaginative journey … There were many breath-taking moments.” – Limelight Magazine, AUS | View

“Whoever says sheep don’t fly, has clearly never seen the extreme physicality and awe-inspiring feats that feature at the core of Circa shows.” – Blue Curtains Brisbane, AUS | View

“The genius comedy behind Wallace and Gromit meshed effortlessly with the acrobatic grace of a circus troupe for an incredibly entertaining performance.” – Courier Mail, AUS | View

By Special Arrangement with Aardman

Shaun the Sheep’s Circus Show has been supported through the Restart Investment to Sustain and Expand (RISE) Fund – an Australian Government initiative and by the Queensland Government’s Queensland Arts Showcase Program (QASP).