“Humans 2.0 is a seriously sensational spectacle: as aesthetic as it is athletic, as comedic as it is grave, and all in all, a visceral delight.”
– The Conversation

A symphony of acrobatics, sound and light, this is next level circus by Circa.

Ten bodies appear in a flash of light. They move in harmony for a fleeting moment and then descend into a sinuous trance. Towers grow and decay, bodies leap and are caught, as physical limits are pushed to their extreme. Can we ever find a perfect balance or is adapting to constant change the only way forward?

This next chapter of Circa’s internationally acclaimed Humans is a tightly woven choreography of bodies, pulsing with music by composer Ori Lichtik and revealed in Paul Jackson’s dramatic lighting. Created by circus visionary Yaron Lifschitz, Humans 2.0 is intimate, primal and deeply engaged with the challenge of being human. 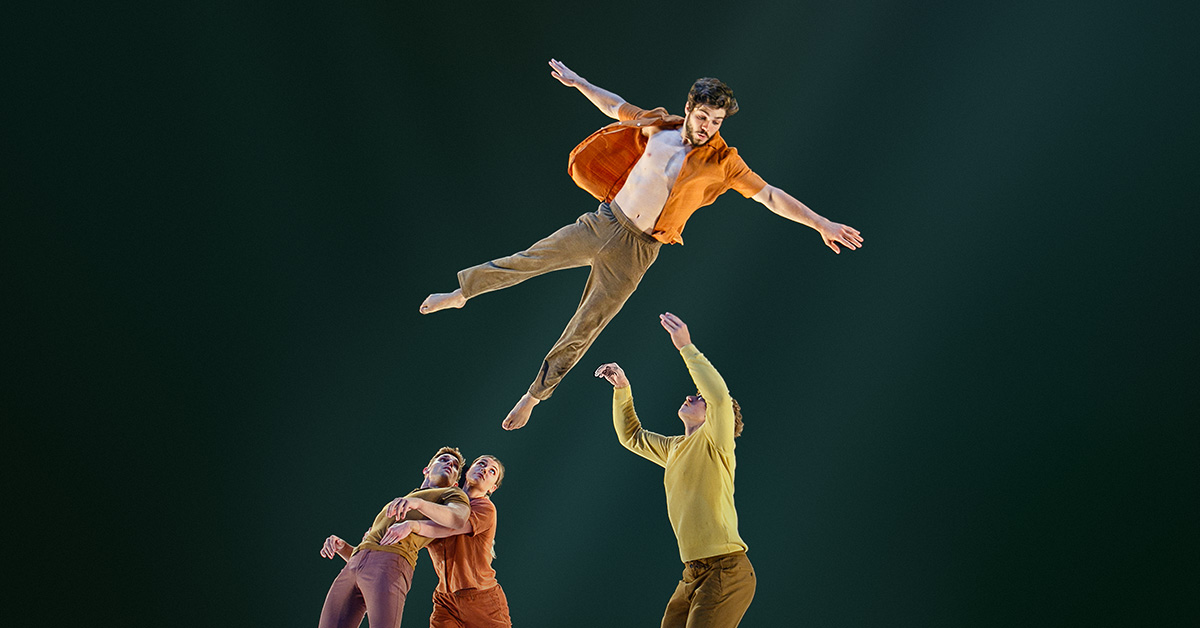 “[Humans 2.0] pushes the boundaries of what circus and acrobatics can be”– Time Out | View

“There is circus – and then there is Circa.”- Theatre Travels, Aus | View

Created by Yaron Lifschitz with the Circa Ensemble
Commissioned by The Mondavi Center, UC Davis