Circa’s Peepshow turns cabaret on its head, literally. Join Circa as they embark on a seductive dance through the hall of mirrors that is your imagination, Circa’s Peepshow lurches from the thrillingly acrobatic to the comically playful. Expect teetering towers of balanced bodies, extreme bending and devilishly precarious aerials.

Circa’s Peepshow combines some of the finest acrobatic talent on the planet under the direction of circus visionary Yaron Lifschitz to create a playfully exhilarating ride into the beautifully bizarre recesses of your mind.

Come to Circa’s Peepshow and see the world from the other side of the mirror. 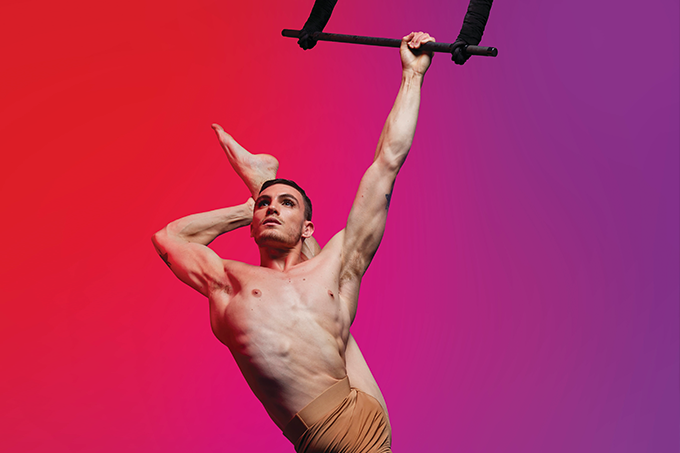 “Physical eloquence . . . one moment they appear to defy gravity, biology, and common sense, and at the next is a delicately poised, piece of physical poetry.” – Exuent Magazine, UK  | View

“The circus artistry on display from the Australian company, however, is unparalleled..” – The Prickle, UK | View

Created by Yaron Lifschitz with Libby McDonnell and the Circa Ensemble

Discover the music from CIRCA’S PEEPSHOW, curated by Yaron Lifschitz. Music is subject to change, may not be the same version and some tracks may not be available on Spotify. #circacircus #circapeepshow